By introduced American WESP and combined with customer’s requirements, we R&D a wet electro- static precipitator.

It is a very matured technology that have been applied on metallurgical and sulfuric acid industry. A standard of flue gas WESP (JB/T6409-2008）has been set. The application of WESP in large coal-fired power plant is still in the starting phase. 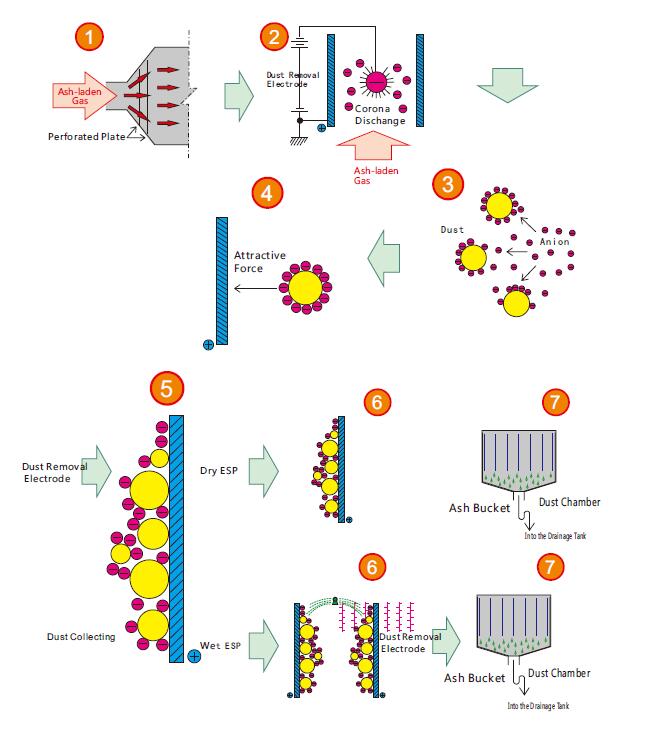 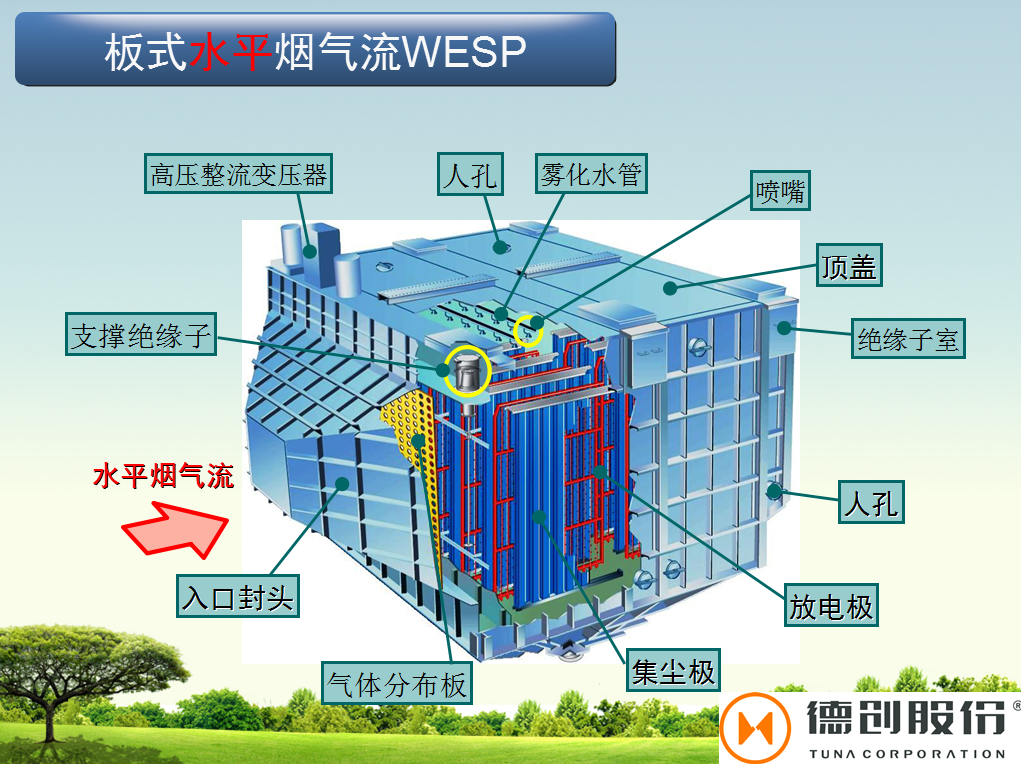 Technical features and advantages of WESP